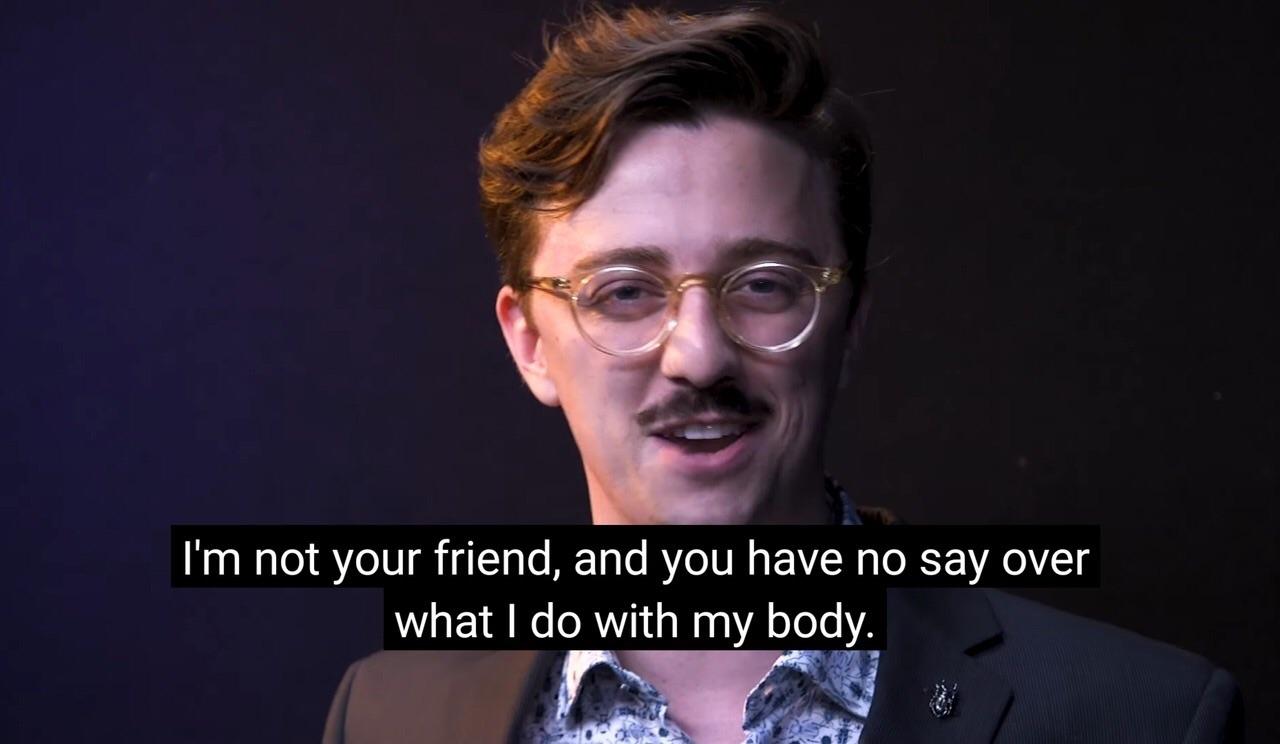 I’m thinking about how it’s time I finally do some #Representation work in my storytelling.

I’ve a lot of complicated, jumbly feelings about writing stories which borrow too much from my life experience. Since forever ago, I’ve subconsciously and intentionally avoided writing what they call “ownvoices” fiction. I’ve so many strange stories featuring a varied cast of characters in my roster, but never one set in Malaysia, and never a character who completely shares major parts of my actual identity: Malaysian Chinese, ace, sort of? non-binary, definitely queer, first-gen immigration of Australia, and other biographical fun facts.

Of One’s Own Place

As a young storyteller I used to set stories only in the US or UK – places I had never been before until I turned 23 in 2018, but whose global cultural hegemony wormed their way into my psyche – and created characters who would sensibly belong to those settings (not necessarily white). Even when I grew out of that, I gleefully spent creative time in 19th century Victorian England, 17th century Ottoman Turkey, 300 BCE Greece, etc… just not in Malaysia, my place of birth, my home country of 20+ years.

A few people have asked me when I’m ever going to make a comic set completely in Malaysia, with Malaysian characters, with all the cultural markers, whether modern day or in the past. I always have a pretty good reason in reply — I don’t force ideas and I don’t write what doesn’t call to me. Afterall, comics is hard and labour-intensive and demands many years of work, which means I’ve to be very selective on what projects to take on.

But there’s something else between the lines too… Bluntly, I just don’t see the point of writing representative fiction if there’s no strong, solid concept to go along with it (this rule, if you call it that, only applies to me). I could always make an exception and goreng something – throw a shophouse aesthetic there, a muhibbah here – and clock in my Representation points that way easily, quickly, gautim.

Except I’ve already set a personal standard long ago, to write what feels passionate and honest and deeply-felt. Cultural props simply won’t cut it. I need something that’s incredibly specific, not solely perceived as bite-sized short films we craft for every major holiday (in Malaysia, though those ads are extremely quality storytelling and creatively inspiring) and exotic cultural fare (elsewhere). I need something that digs really deep into a particular Malaysian experience, existing nowhere else, not watered down into tourism rojak. I want it to be familiar, honest, and come from the POV of someone who knows the country’s flaws, its pock-marked beauty, its particular details only a local would take for granted — from the lightweight metal cutlery and orange plates we use in mamaks to the ‘uwu’ sounds of the Koel bird every morning.

Coming up with a story that close to home is not as easy as it seems. Unlike local film, local comics hasn’t got many models of long-form storytelling. The most prominent ones I can remember are Lat’s Mat Som and Erica Eng’s Fried Rice (which is inspired heavily by the latter, IIRC). The rest are usually short stories or humourous cartoon strips, which we have a long tradition of. So if one is going to make a long-form comic set in Malaysia, especially if it isn’t comedy, they are going to have rely on other mediums for research and improvise their own way of crafting their story.

Add in other issues like language, the not-always-insensitive-but-sometimes-can-be-orientalist gaze of Western publishing, the tabooness of certain topics, and the difficulty of researching local history due to lack of institutional funding/intentional destruction of historical memory, and we’ve got a whole mess of things to navigate.

Which is why I’ve not yet published something set at home. It’s not out of a lack of patriotism*, which is weird hill to die on. It’s out of my personally high twisty standards, a hundred things to come to terms with, the time it takes to craft my own voice my own way, and my aversion to autobiography.

*Sometimes I think about that one Person who dismissed local creators simply because they don’t make obviously Malaysian work and I can only laugh. How do you define that anyway? Isn’t the simple fact that the creator is raised Malaysian enough of a qualifier??

Of One’s Own Queerness

Speaking of autobiography, I rarely talk about my personal experiences, including my queerness. A lot of my reservation is due to my preference for privacy, or at least, open secrets. Throwaway sentences reminding my audience that I am such-and-such are the most I would go. Some would think this is flaky or employing my marginalisations only when convenient (is surviving and protecting my network in a queerphobic culture ‘convenient’??), but, as with my asexuaity and sort-of non-binaryness, I mostly want to be perceived as existing outside of someone’s idea of What This Identity Is or What A Person Of My Body Should Do. I don’t want to live a lifestyle of checkboxes. I don’t want to be confined into a box. I don’t want labels. I don’t want to perform. I don’t want to be loud. I just want to live a well-lived, self-actualised life with gender, love, sexuality, everything on my own terms, and be accepted as who I am, as I am, without the conditional caveat of someone’s imposed schema.

Part of my tactic is to set boundaries and keep my very personal life and thoughts out of the public view. Especially now in this online environment where a person’s own messy thoughts can be taken easily out of the context of a life that is growing, maturing, ever shifting, processing the past into the present.

If I have to do an autobiography about my queerness, I have to unpack not only my labyrinthe thoughts on gender and sexuality, I have to explain my cultural background (since it’s not familiar to the majority of my audience, who are mostly from North America). Which is… what autobio is, but honestly I am too lazy to number and museum-ise my life like this… Plus, despite having accepted my body as part of my body of work, I still dislike equating my body to my work, both from myself and from others.

Of One’s Own Choice

Sometimes I think, I am so grateful to have based my public persona as far away from my private life as possible. No shade to anyone who has begun their career like this, I really admire people who are so open and unashamedly loud and vulnerable of their life, and sympatise with their struggles when it comes to sharing that to an audience… I honestly cannot deal with it, but thank god I never debuted with an ownvoices book. Thank god I never constructed my public persona around an identity until now, mid-career, when I’m confident with my voice and vision, able to deploy my identity-specific experiences on my own terms, in harmony with me as a complex, living, breathing person and my artistic body of work, past present future.

Cos truthfully, I am more than just my identities, even though they inform the way I move and think in this world. Or to be precise, I am more than just a stranger’s schema of what my identities should be. I love history, the world, cooking, interior decorating, weird experimental media, dessert-running, walking around aimlessly in new cities, planning my next Camino… those are specific details that can’t be revealed by the label ‘ace’ ‘Malaysian Chinese’ etc. Yet those are details which influence my craft more, because they are why I started writing stories in the first place. And I want those details to be the forefront of my persona, author brand, what have you, because they are the most genuine, joyful and sustaining facts about me.

Of One’s Own Representation Work

Which brings me back to finally introducing some Representation in my portfolio. Now I am becoming more prominent (well, as prominent as a midlist author-illustrator can be), I am beginning to think it’s more important than ever to assertively, loudly, unambigously claim my identities, even if just once. Since now that I am working in the middle-grade and young adults space, where contributing to a growing pool of diverse fiction is important and being a living example of a non-majority artist is more important. My being thus contains a potential for illumination that I can choose to use, thoughtfully, strategically.

This is a natural next step in a journey that began with The Carpet Merchant and is ongoing. I am ready to be more public about my identities and write more personal tales. And I am lucky to get to this point with a portfolio of strange, multi-genre books in my belt, so I can proceed without the fear of past and future work being boxed into an identity label (no thanks to the way marketing works).

There is a benefit as well, to being open. People who share my identities can see my career, my craft, my body of work… and see that such flexibility and freedom are possible for them too. This act opens up new futures and ways of seeing, being, creating that go beyond expectations, labels, schemas. You can be ace and write about a long-married man-turned-vampire. You can be Malaysian Chinese and partake in a 2000 year old literary tradition. You can be both of those things and live an unexpected life. If you so choose. If you are compelled.

There’s no external force to mold yourself to; only the internal, guiding joy which is specific to you.

And whatever that joy is, that’s yours to decide, to change, to transform, as you live and grow and process over the years.