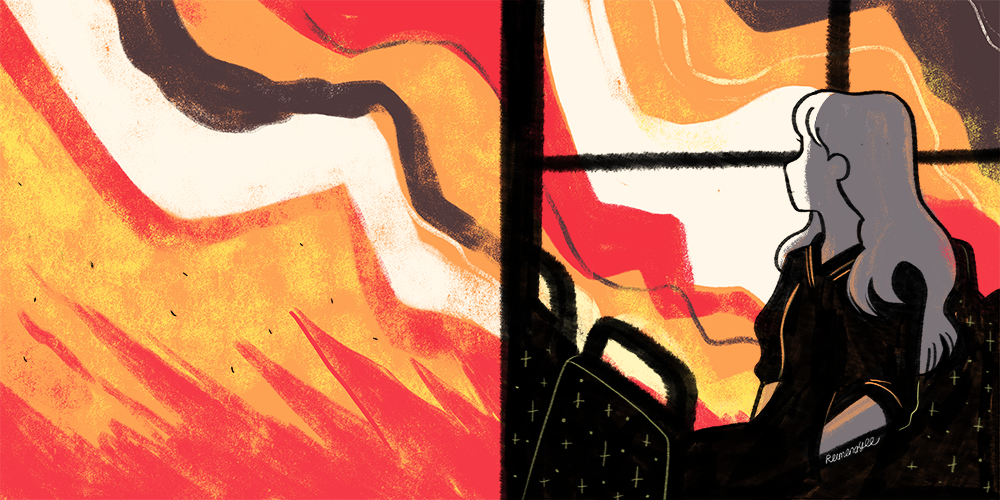 For the past few months I have been thinking about my political role as an artist. It is very strange to be at the point (both maturity and career-wise) when I must assert my intention as a person who tells stories and produces images/words for the world at large. I believe words and images have meaning, therefore they have impact. But what does impact mean on my own terms?

In Malaysia, at least, I’m surrounded by artists who are loud – loud in their activism, and loud in their approach towards power. Many have felt the heat of their loudness, through the might of the (still unbelievably existing) /Se/dition Act from the powers that be, or the patronising faux-or-genuine concern from the common folk. It’s still not safe to be outspoken and to be oneself authentically in Malaysia, because respect for authority (from where does this authority come from?) is so ingrained into our society. That’s why loudly speaking and loudly living are so important, and why both are necessary.

But I’m not loud.

Does that make me any less political?

Obviously, the answer is, no. My very existence and identity as an Other (in my country, in my culture, in other countries, etc) makes the existence of my work a statement: these works exist because I exist, and I am XYZ. But do I make it a big deal, and do I make that my identity? Part of my brand, as the language of capitalism would put it as.

I don’t like calling myself out unless it’s necessary. I’m a bi-or-panromantic grey ace. I consider myself a woman out of convenience (and because my outer gender expression leans towards femme), but the truth is my inner expression leans towards having no gender, or being non-binary. I exist in and out of diaspora within and outside of my country. As a minority I get hounded about not belonging, and as part of a majority I don’t actually belong. This makes me a liminal being, and that’s what so much of my work is: liminal.

Which is why I am not loud.

The kind of artist I am, politically, is the one who goes around an obstacle, with no desire to ask for permission, and no wish to keep pursuing something I find inefficient. I have several images to explain this:

A major part of it is severing connection to hierarchy and authority. I don’t often believe institutional solutions are efficient in achieving its beneficial goals, unless it involves the community in which it is serving. Another major part is doing it stealthily. If said institutions insist on the same old systems, the same old solutions, and complaining about the same old undesired results, then there’s no point convincing them to change their tactics. You have to make that change yourself, and most of the time, you don’t tell them. There are many reasons for this; the basest reason being that you are your own grassroots organisation. The second basest reason is that they will suppress you in your early efforts, either mundanely with their own doubts, or maliciously with their power.

I have seen the second happen countless times. The heat hits an individual artist. In response, the community rallies around them. But the community doesn’t necessarily get damage from the heat, even though they can feel it touching them. The artist’s loud voice is attached to their body only, and that is what is dangerous, and it is their choice whether or not to make that body seen. That’s why individual artists can choose to be loud – whatever they say, the community at large doesn’t suffer the consequences.

I run a community now. The most important thing for me for that community, besides finally building an artist-for-artist grassroots ecosystem, is to maintain it as a safe space for marginalised creators. Creators whose very existence as Other can endanger them, and whose voice as an artist is essential. Creators who deserve financial and personal recognition outside of the authority that denies them. Creators who must figure out how to go around an obstacle.

Because of how this community and my body are intertwined, if I am loud, and if I get in trouble for it, the heat impacts everyone. What may happen is that the lesser-protected artists will draw themselves further in to silence – for their safety and survival – if they are not found out already. Not everyone is capable or wants to be loud. And it’s not always wise to be loud either; survival and protection are necessary for a community to thrive against systematic discrimination in the long term.

That’s why I can’t be loud.

But that doesn’t mean I am silent. Actions speak louder than words.

It’s presumptuous to think one’s own work can inspire social justice. I don’t think my stuff is made for a larger scale beyond a personal level. Or maybe I have a skepticism about the power of art in a sea of increasingly commodified content, where banging pots and pans is a must to defeat the corporate algorithm. Where the appeal to Wokeness is a trend half-heartedly done to please the left and the right. (Enough wokeness, but not too much) (Punch hard, but in the middle and a little down, but not too high up)

But I like to think my work does and will serve some purpose. Otherwise there’s no reason why I am compelled to be an author-artist, and I like to spin little fairytales into my real life.

When I write, I write for the woman I am in the past, the present, and the future. The woman (or girl) in the past is the Me who strives for the world, seeking something. The present is the one who travels, making marks. The future is the Me who keeps pursuing, finding more. These three are hungry, knowledge-seeking modes of myself, tiredlessly searching for more complexity to love, and never afraid to put my hands in mud or break something sacred.

It’s a small goal but one worth pursuing. It’s quiet subversive action, in the same sphere as malicious compliance. I may not be the artist who punches faces (as much as I enjoy the imagery, done by others) but I can row off and make my island of inspiration and wanderlust for knowledge, and show people how to do so. My action is resistence against the small and the hopeless, against hoarding and complacency.

So much of our world now is deeply entrenched in information overload and knowledge bubbling – we’re encouraged by either the algorithm and worldly stresses to only encounter the familiar. (“You may also like…” says the Internet 2.0 social media site) Our world becomes smaller and less complex, and we become comfortable that what we know is enough. Which is convenient for the cats on top; their ad dollars and corporate data are reliant on the predictability of your data.

The truth is the world is so much more complex and more interesting and open and unpredictable. And so are we.

The other truth is that the world will always be hurting. It has always been. Maybe social media has opened up the heartache of the world too badly (and contributed to it, of course, by the aforementioned algorithm hungry for corporate engagement). But the heartache is itself not a unique phenomenon of the 21st century. Anyway, the hurt of the world makes things like art and pleasure and community and family and learning feel like small useless things – like they are low priority in the totem pole of Fixing Our Problems. After all, it’s the very loud, very heroic, very courageous, very big things that seem to save the world. Sacrifice, death, power, money, greatness, destiny. The capacity to lead. The ability to stand out there and be the one person to make that impact. Those are the names that end up in our history books. Those are the names that end up at the top of our social media feed. We long to live up to such names.

The other, other truth is that humanity has survived because of art and pleasure and community and family and learning (and more small things). Before and after, amidst and beyond the blood, fire, and tears, all of those small things are what keep us going. The crumbling statues and graveyards and libraries are our places of heritage and memory. The things that they leave behind – the books and songs and oral tales and painted walls – are time capsules of emotion and survival. Those things are not built by war, which so often destroys, but by a humanity that longs to say something after everything has died. A humanity that says ‘the world has hurt before, and will always hurt, but here is how we lived and how we persisted’. It is a humanity that is often nameless (because many are women or of a lower class, or targeted for whatever reason, or lost in all the names we have to remember in our history books as dictated by the authorities). It is a humanity that is often a silent resistence.

I honestly can’t inspire revolution. I don’t know how. I don’t even know how to imagine a world after capitalism. I am not heroic or courageous. I think I am too small a person to singlehandedly take down the big cats. I admire the people who do, and who find their purpose doing such things. I thank them for their service.

But to be big and loud is not my purpose.

Where I belong is in the quest for the humanity of the nameless and lost. The things that silently survived. The things that are buried under what feels more important. I’m not sure if when I bring these things up and put them in my words and art, that they will be named, but at least they will be seen by my readers. And at the very least, loved and remembered by me, in this short moment in time, no matter how far distant chronologically and culturally the objects are.

Who knows? Perhaps because of my work, what I find and what I write will survive together in a future, wherever we go. Maybe I will somehow keep my name, or maybe I will be nameless too. What matters is that the humanity is remembered. The humanity that I am inspired by, and the humanity to which I will return to. Remembered for the future. A silent contribution to survival.

As long as I live, I will take the journey less familiar to see this world.

I will be an advocate for it, as I have always been.

The unknown is where my voice is, and while that voice may not be loud, it’s where my purpose speaks the loudest.

In my words and pictures.

A keeper of heritage, past, present and future.

I’ll wrap up with something by Sappho, a great archaic Greek poet from 2500 years ago. Her poetry mostly survives in fragments and pieces, and this quote is one of them. Given what we know of her work, and the fragility of art, this is an extraordinary set of words that survived.

Somebody will remember us, I say

Even in another time.