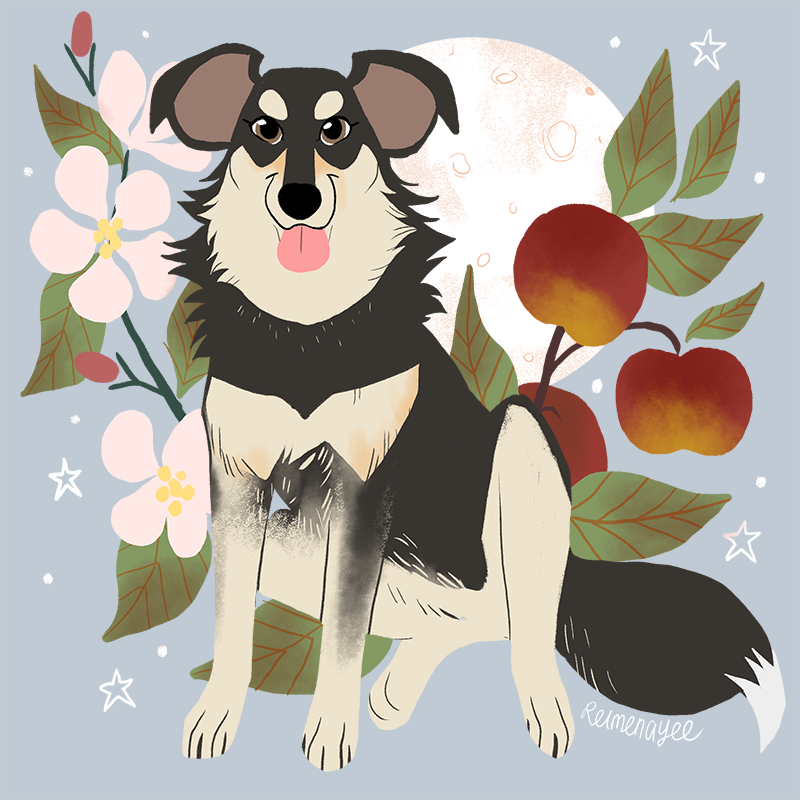 I totally vanished* during December and January so here’s a very large, very big, very gigantic update on my life, my career, my wanderings, and pre-2023 thoughts.

*except on Twitter, Instagram and Tumblr where I occasionally signal that I am alive with random, non-important postings

I forgot when I peaced out for the holidays, but it must be after I posted The God of Arepo, and endured its ensuing virality. It was really lovely to see how much the adaptation affected people, and the recognition of my craft by readers in its contribution to the atmosphere/storytelling (helps that the story is so damn good already). The best thing about it all is witnessing readers transformed and touched by the small kindnesses of humanity, and how the story resonated across different faith traditions or lack thereof. When I first read it, The God of Arepo assured me of my aspirations to tell stories expressing my joy for the beautiful mundane, and now, after having marked my place in its thread of internet folklore, it has affirmed a commitment. I’ve always known myself as a keeper of heritage; this has simply proven it to me.

Adapting The God of Arepo is making me come around to doing more short comics. Before I succumbed to the curse of being the cartoonist who consistently makes 300-paged epics, I used to do a lot of short, fun experiments: all unpublished, mostly gothic horror, entirely whimsical. These experiments eventually flowed into the hiatus-riddled epic The World in Deeper Inspection — someday I would love to return to TWIDI. However I am also eager to return to my roots and pursue these short experiments again, with a more matured sense of craft.

Speaking of which, TWIDI’s 10th anniversary is coming. For past 3 years now I haven’t really done much to celebrate it — for the simple reason that I was busy with my graphic novels, and the even simpler reason that I kept forgetting (lol). But I am going big this year.

10 years ago I posted the first ever official chapter – When a Devil Solves a Murder – on alcottgrimsley dot com. This year, I am going to redraw it. Not to replace that chapter entirely — I still think it’s solid and a lovely time capsule of my skill level as a 17-18 years old (plus it’s cool to see the baby version of my stylistic sensibility that eventually carried over to future works). But I’m redrawing to show how far I had come. So much happened in the 10 years since – A-Levels and Australian tertiary education and a quarter-life crisis and The Carpet Merchant and my career as an artist – that it’ll be interesting, to myself at least, to see how I would approach the same script now as a 28 years old. Teenage Me definitely had the bones of a good layout in a lot of these pages, but Current Me executes it better lol

I flew over to London in November. This is a full-circle moment for me, as my last international trip (that’s not Australia or Malaysia) before the Unprecedented Pandemic is for the debut of The Carpet Merchant Volume I. Anyway, I was returning to London for another bucket list accomplishment: getting my art featured in a museum/library exhibition. Specifically, the Alexander Comic for the British Library exhibit on Alexander the Great.

I was asked to contribute a piece by the curators; I told them I wanted to create something for a section which had little material. It was either the Trees of the Sun & Moon or Alexander & Hephaestion. Since I already knew someone had already made a comic for the latter (as much as I wanted to mark my name in the Revered British Institution with my ship lolololol), I went with the former. I made an 8 page concept comic for it, based on a snippet which you might see later in Book 3 or 4 (I don’t know yet).

They picked one spread to print out on this big card and put it above a couple of manuscripts in glass. One of the manuscripts is one which directly inspired the character design of the Trees, so it was cool to have my comic placed in context with its elders (which is also the rest of the exhibit).

I also hung out with fellow readers/artists for a tour around the exhibit, then we ate at the appropriately-named Alexander the Great restaurant which was nearby. The brand-name kebab was Great.

I did a couple of interviews with the British Library:

I went to Thoughtbubble to meet my peers, friends, dayjob folks, and former editor. Then flitted off to Canterbury and Brighton: two of the places which majorly inspired Brookham, the setting of The World in Deeper Inspection.

Canterbury is a much smaller, quieter town than I anticipated. It felt very storybooky (in a good way). Visited the Beaney House which had a permanent exhibition on local media and wunderkammer; the Crooked House which houses a bookstore for the homeless; the Corner House for really good lunch (met a random strange old uncle outside while I was waiting for the place to open, who recommended the Sunday roast and fistbumped me); and of course, the Cathedral.

Brighton is exactly how I imagined it Brookham to be – probably because they shared more characteristics: hilly seaside town once loved by a member of the royal family, the chalk cliffs, the tourism aspect since the Georgian era, the pier fairground, the queerness, the arts culture. I made a spontaneous decision to bus over across the South Downs from Brighton to Eastbourne; just to see what the inhabited Downs are like. I don’t know if it was a bad decision because the entire round-trip was almost 4 hours and I barely trundled around Eastbourne before I had to rush to the next bus back to Brighton then train to London. But it did expand my concept of what Brookham and its surrounds can be. So look out for more adventures of Grimsley in the suburbs of Brookham’s own Downs.

Then I spent the rest of my time in London being a little more touristy: saw the Tower, the Clock (only the outside), the Bridge, the Ferry-Taxi, the Eye, the Palace, the Harrods, another Graveyard. Attempted to go to Hoxton St Monster Supplies but it was closed for the days I was in London. I didn’t get to see more of the tourist sights: Westminster Abbey, St Paul’s, some more Graveyards, etc. Hopefully I will get to encounter them – though my desire is more for Ireland and Scotland.

On the first day I arrived in England proper, there was a Tube strike. Since I arrived at 7 am and I had until 3 pm before I can check in to the hotel, I decided to hike from Earl’s Court to Oxford Circus – partly to do errands: changing old notes at the post office, and getting a SIM card. This one is somewhat of a bad decision: sure, I enjoyed seeing more of London on foot, as I always do while travelling, but this was based on the naive idea that Earl’s Court to Oxford Circus was a manageable walk. By the time I got to phone store, it was 11 am. Then it was another round of hiking as I went to Euston for the British Library, then a terrible chaotic time using the buses to return to the hotel.

Luckily the other days in London were a breeze.

I went to Singapore to pick up a shelf from my friend (during the pandemic the manufacturer couldn’t send it to Malaysia so I had to dump it at a friend’s house). After almost a year of languishing the shelf finally came home to me. I still haven’t set it up yet as I needed to toss out even larger furniture, but it’s there for the day when I am setting up the studio-bedroom of my dreams.

I visited Comic Fiesta, probably for what may be the last time. This was my first Comic Fiesta since… 2019. I actually did miss it while it was gone, despite myself: for a long time now I had become to feel too old to booth at conventions, especially at large venues like CF. I don’t have the psychic fortitude anymore to stand behind the booth from 8am to 7pm, enduring the crowd, the noise, the sardine flow, the endless rush of capitalism. I still would like to table, sure, but only if it’s really small and quiet. Perth Comic Arts Festival, Melbourne’s Homecooked Festival and Comic Art Festival KL showed me the type of event I can still tolerate – and much better appreciate, since the crowd is all indie comics. Anyway, this is all to say: I went to Comic Fiesta and I have outgrowned it.

I am slowly reading through another Ursula K LeGuin craft book: Words Are My Matter. Then some poems by Adonis (an Arab poet), and getting back to 100 Years of Solitude.