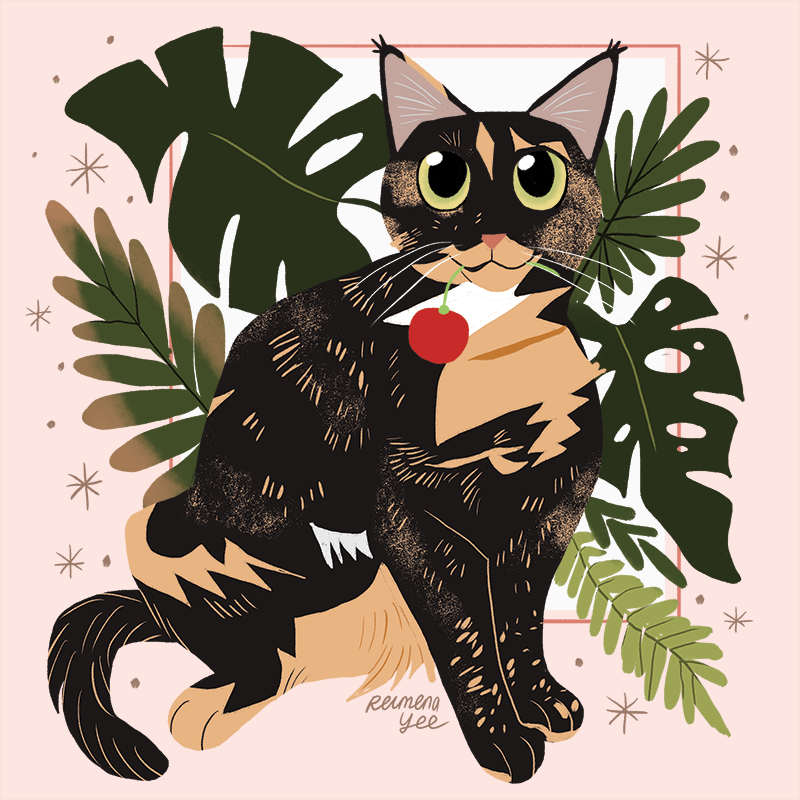 Some thoughts on making things exist. The joy and fear of it all. A sequel to this post on Passion and Work and Adulthood.

Lately I’ve been thinking of a few things.

It’s so strange being here with (comparatively) better drawing/writing skills and a stronger ingrained sense of professionalism… and yet nowadays I seek to embrace the chaos, joy and carefreeness of my youth. I really did have some things figured out back then, and I want to reintegrate those things back into my current practice.

It took me 8 years to train myself out of thinking like an illustrator when I am drawing comics. While I don’t think the illustrator-side of me has ever left, especially when I compose my double page layouts — I just think it’d be nice now to intentionally make lush, stunning artwork using both my ability to illustrate and make comics (they are two different skillsets!).

Slowly I’m embracing the strengths of both my old and current art: shape design, silhouette, linework, whimsical elegance. I’m specifically looking at my 15-17 Years Old era of art. It was very experimental! Very fun. And I want that energy back.

In regards to Making Things Exist (and finishing them), I feel like I’ve been round the block now.

Every book is new and brings its own unique challenges, so there’s always something new to learn. Still, I am old. A veteran. A wizard wise in the ways of conjuring worlds into reality.

So I see people who are maybe writing stories for the first time and stumbling on certain blocks, some important, some not-so. I usually leave them be, because (Antoni Queer Eye voice) bringing things to life can be so personal. They will figure it out soon.

But then there’s the risk of them freezing into inaction. Out of anxiety. Inexperience. Fear. What if I mess up? What if I am not good enough? What if no one else cares and I am wasting my time?

When I make something, on the first few drafts, I don’t really care about the prettiness of the outline. I mean, yes I do at a base level, but I try to not let it control me. If I get stuck on something or if I can’t find the words, I skip over it, I make notes to myself (ermm have X character talk about the making of bread, the weaving of rugs, the gestation of a child, something to do with things blossoming in their time???), I vomit out some gibberish. Go go go.

The whole point is to make the work exist as soon as possible. It will come out kinda ugly, sure. Luckily, editing is easier afterwards.

Also nothing wrong with some wabi-sabi.

It’s frightening to devote pieces of yourself to your book. To consent to the book’s desire to challenge you, transform you, unmake and remake you. But like a lot of things that are worth it in life, it’s a devotion worth embracing.

In the end I think what’s most important is making the thing because you want it. Not solely because it’ll be your ticket to fame, love and prizes (in the form of money or petty validation).

There’s joy in crafting a thing from within you.