A Return to Old Form 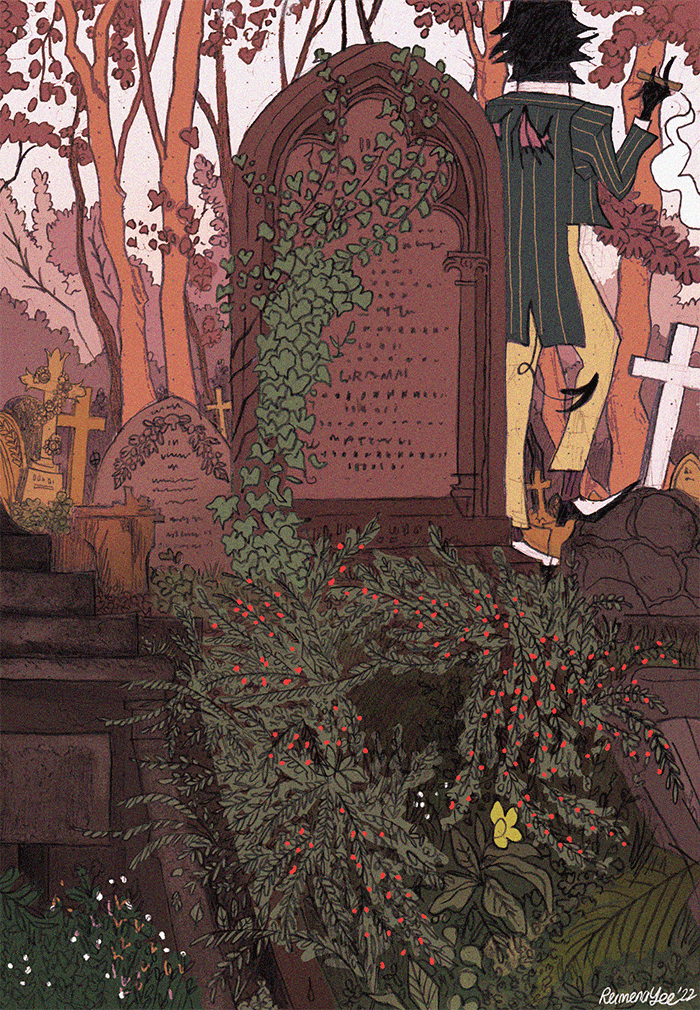 It’s been eons since I last drew Grimsley and with pencils. I’ve missed the two a lot lately, so I’m beginning my journey back to the way things used to be done, ten years ago.

In my teens I drew mostly in pencil on paper, mostly concept art for The World in Deeper Inspection.

Here’s an old set of concept drawings (from when I was 16? 17?). It’s interesting to see the difference and similarities between this and the illustration on top – for one, I don’t use the same type of pencil for both the sketch and the lineart anymore. I tended to use 2B solely as those were the only pencils I needed to use on a daily basis, for colouring in multiple choice answer sheets. Not any of the bougie* 9B and 3H or whatever that Adult Me is indulging in now.

at this point I’d consider myself an entirely digital artist. Other than thumbnails, my creative process from script to final art is all computer. It’s convenient. It’s clean. I can actually colour my work straightaway after drawing, rather than get hung up adjusting the saturation and brightness during the scanning process. (Back then my scanner was pretty trash.)

But man, I miss the smell of graphite. And the odd scratching sound of pencil on paper. A certain homeliness and wabi-sabi to the look of pencil drawings which I’ve been trying to capture digitally for years and years. With some success, but it’s not the same.

Relatedly I had not kept a sustained sketchbook (if you don’t count the 6 years old one I have for my graphic novels) in ages too.

Fingers crossed for a pencil and paper comeback!!