The 21st century Alexander Romance and Transformative Fiction (aka is it fanfic?) 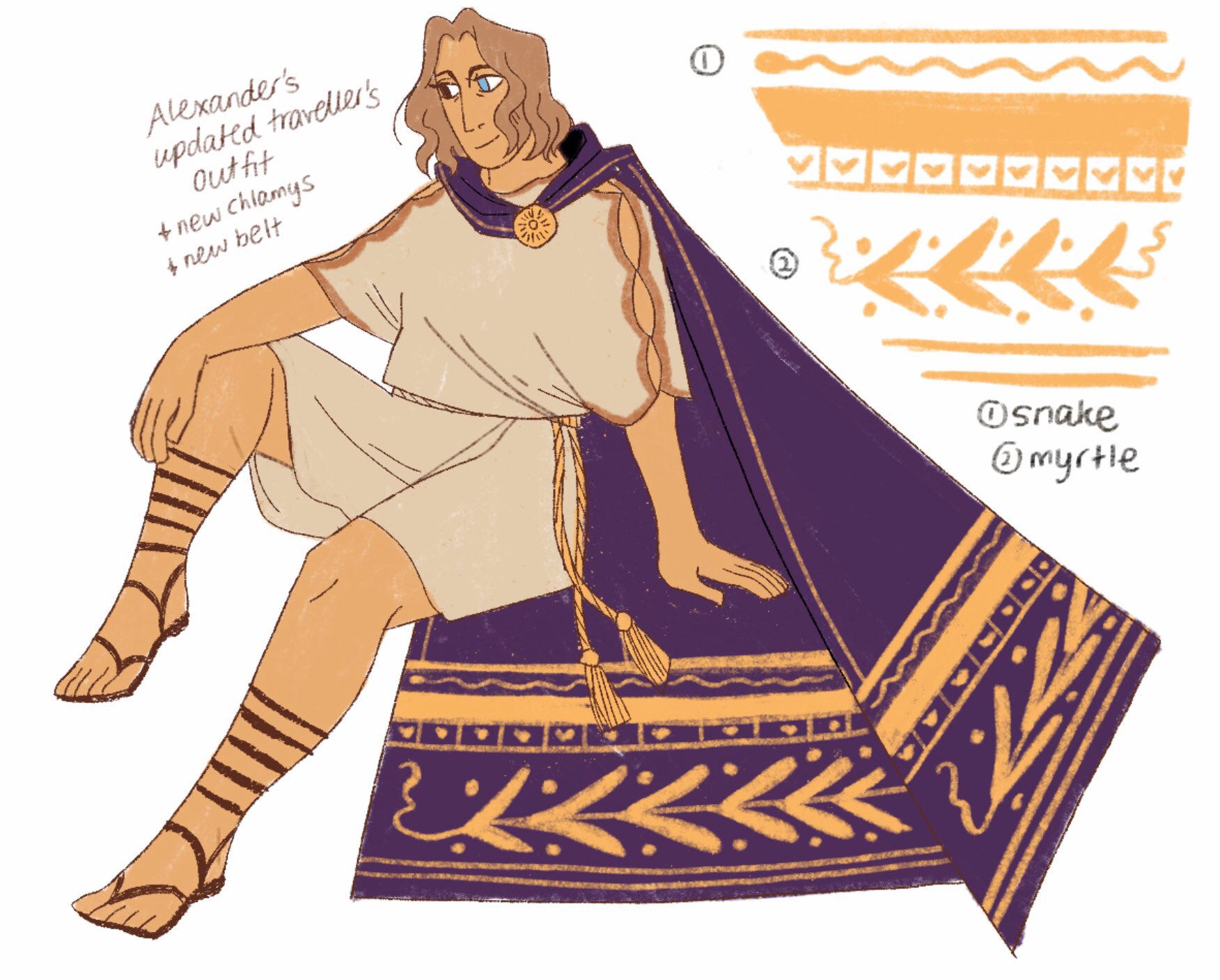 Most Alexander-the-Great-inspired fiction is arguably a fanfic of the man himself. This includes that 2000 year old tradition called the Alexander Romance, which is basically (simplistically) an isekai alternate universe history of the Macedonian hero going on wacky adventures, retold over and over again by writers and artists who admire his achievements. But what happens… when the author of the 21st century Alexander Romance is not herself a fan of Alexander?

Maybe it’s not surprising. Still it’s the facts. I am actually not a fan of Alexander. If you asked me “if you could time travel, who would you meet?” he wouldn’t even be in my top ten. (Which are Nikola Tesla, Da Vinci, Public Universal Friend, and the rest are women or marginalised people or folks who would be considered middle-class in today’s society with interesting life stories) If I were to see him in person, I would beat him up (I won’t, because he’s given me my next project). I never liked him back when I didn’t know anything about him, and I only like him now in the sense that I respect his existence, much like a doula respects the dignity of her client’s life and death, and strives to honour his personhood, flaws and all.

Even my introduction to the Alexander Romance is roundabout. It was not Alexander himself that got me interested, but the collective legacy of creatives from different times and places who wrote and drew of him. I guess you could say I am a fan of their work. Still though,

Is what I am doing technically fanfiction? While I am alright with the term being used on Alexander Comic as a shorthand or an inside joke, I don’t agree with it, because it feels untrue. However, it is definitely, 100%, completely a type of transformative work — which is not the same as calling it fanfiction, because fanfiction requires a certain intent that Alexander Comic doesn’t actually carry.

Here’s a quote from a related Tumblr post (side note: I didn’t know you can embed Tumblr posts into WordPress now??? FANTASTIC), which I’ll admit inspired this blog post:

Which brings us back to my opening paragraph. Can most Alexander-the-Great fiction (specifically in my case, the Alexander Romance) be considered fanfiction? Maybe, maybe not. It depends on the intent, and on the contemporary framework of the times (like the Tumblr user argues) and on the author.

Personally I would rather not call the entire Alexander Romance tradition a tradition of fanfiction, though in some cases, an author may harbour a feeling of genuine admiration for Alexander as a historical figure. And I suppose, the same can be said of some historical fiction. Regardless, all of what we do is transformative work. That’s legit. And I am proud of that.