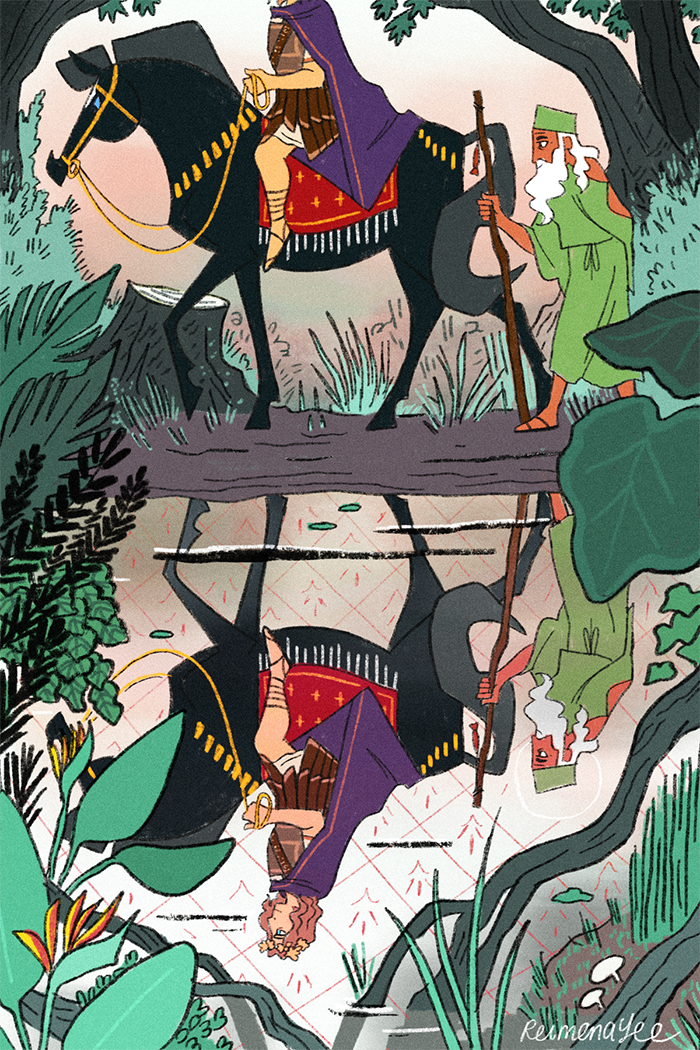 A cornucopia of random thoughts on things I plan to do – related to approaching future comics as poetry.

Recently I began a media marathon, building myself to be a storyteller capable enough to meet the challenge of Alexander Comic. So I’ve been feasting on a lovely catalogue of animated films, plays, books ancient and modern, and poetry.

(Remind me to talk about the marathon sometime.)

The poetry I’ve read and am reading includes things like the Epic of Gilgamesh, The Odyssey, Fragments of Sappho, Shakespeare, and the International Book of Women Poets From Antiquity to Now.

In the future, I’m interested in The Iliad, Paradise Lost, Rumi, and any non-Western work I can find.

My poetry reads also include short stories or novels written in the poetic prose style – which is one of my favourites and the style I write in when I play with prose.

But outside of my secret novelistic nonsense, I rarely have the chance to approach anything poetically. I make comics, which often uses words functionally: 70% of the time, they will be replaced by art. And in comics, more often than not the images are also functional.

This doesn’t mean comics cannot have beauty, or isn’t capable of beauty. (See: the hundreds of beautiful graphic novels and short comics out there) Images do a lot, especially when words fail. A picture is worth is a thousand words afterall.

And if that is true…

This question has been swimming in the back of my mind lately. How do I create poetry out of those thousand words?

How I do bring together images and words in such a way that they become an experience? Using the play and sound and rhythm of language, both visual and textual? Beyond the functional nature of comics? 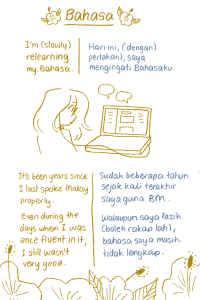 I’ve played with this before: usually in my short comics, and an early attempt in The Carpet Merchant. However, I think the lyrical poetic quality in TCM was incidental to the primary narrative experiment, of crafting the story like a carpet, with repeated phrases, panels and motifs. I didn’t realise the effect until a few readers pointed it out.

And of course that went into my brain stew.

And here we are.

Knowing that such an effect is possible in comics and that it works has got me curious about what happens if I do it intentionally. If I begin a graphic novel with the goal of turning it into a poetry of a thousand words (yes I am calling it that. You hear it from me first).

Alexander Comic is kinda primed for this experiment, tbh. While I don’t have any intention to transform it into a pastiche of ancient poetry with affected highfalutin language (because it’s a 21st century retelling in a modern format with modern themes), I do want to honour the literary tradition it came from. The tradition of poets setting out to make “pearls out of treasures”, to paraphrase an Alexander Romance author. Using language to tell a story. Making the aestheticism of language a device for the story.

(It’s odd saying this when the original Alexander Romance didn’t care for those goals. But whatever.)

And this is what I wanna play with in a graphic novel? I wanna know how far I can push the harmony of words and text. To me, this sounds like an exciting approach to the medium, and a next step. We will see what happens.

Who knows if this is true or not – but Alexander once bemoaned the fact that his life story will never be told by Homer. Unfortunately I am not Homer and I don’t wanna be Homer, so he’s stuck with me in the year of our Lord 2020.

Some interesting things I found from a cursory search:

These aren’t quite like what I was discussing earlier. With visual poetry, it’s about the arrangement of text. (For example, a word cloud) With asemic writing, an artist invents a fake writing system in which you, the reader, have no fluency, so you’ve to interpret and guess at its meaning.

I think asemic writing is closer to what images do; one can “read” an image across cultural and linguistic boundaries. A tree is a tree is a tree.

There’s more to explore in regards to symbolic meaning and linguistics/semantics involved in pictures, but that’s a later thing for me. I’m aware that scholarship in graphic literature is already on it, which is good and needed and definitely something in the To-Read list.

For now I really want to be practical in this exploration. I want to get down and dirty rather than talk about it. ??

Art is such a maze of possibilities.

So it appears that this is already a Thing!

There goes my “poetry of a thousand words” term
(though given the debate between the terms “comics poetry” and “poetry comics”, I think I’m allowed to make up my own… at least in reference to what I do).

Comics poetry is a hybrid creative form that combines aspects of comics and poetry. It draws from the syntax of comics, images, panels, speech balloons, and so on, in order to produce a literary or artistic experience akin to that of traditional poetry.

Yes!! This is exactly what I’m talking about!

Now that I’ve obtained the precious keyword, I have a treasure trove of academic articles and examples of the form! Will report back on my research shortly.